CHICKEN FROM DOMINO'S IN Martinsville 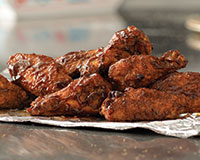 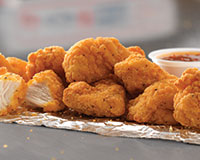 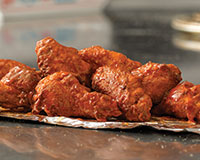 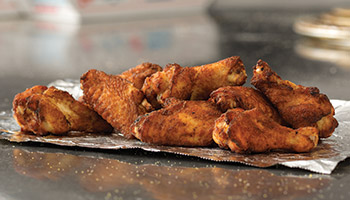 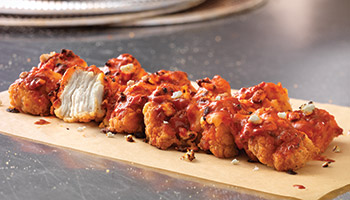 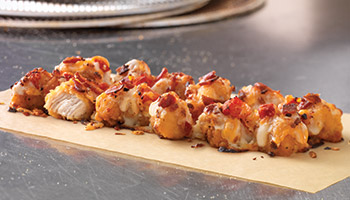 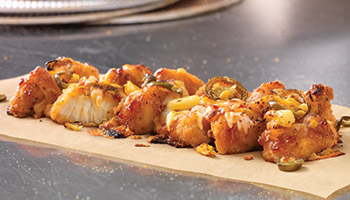 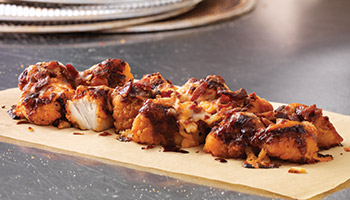 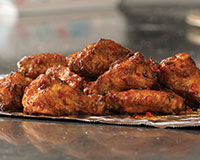 Domino’s menu has much more to offer than amazing pizza. When you’re in the mood for tasty, tender, sauce-smothered chicken, satisfy your hunger with Domino's chicken wing delivery in Martinsville, VA. From creamy yet spicy Classic Buffalo Boneless Wings to sweet and salty barbecue wings, you can order chicken and dipping sauce combinations for all occasions and cravings. There’s food for every mood at Domino’s Martinsville!

And best of all, you get a variety of chicken options made with the best ingredients — tender white meat chicken bites, perfectly crisp breading, and an amazing assortment of dipping sauces that range from sizzlingly spicy to smoky sweet.

What makes Domino’s Martinsville chicken wing specialty menu so special? You're in charge of your meal experience by picking from our delicious menu options like Spicy Pineapple Jalapeno Bites or perfectly crisp oven-baked BBQ wings. And there’s always more! It’s your call if you want to pick up your chicken dinner, or if you’d rather get chicken wing delivery to your apartment, office, or to a Domino’s Hotspot® near you.

Domino’s chicken is amazing no matter how you order it, whether that’s oven-crisp Hot Wings, or lightly breaded Buffalo Chicken Bites drizzled with your favorite sauce. Does the word “drizzle” make your taste buds sizzle? Read on to discover all our specialty chicken offerings in Martinsville.

If you’re feeling feisty, get a kick out of the Spicy Jalapeno Pineapple Boneless Bites: breaded chicken breast bites coated in spicy-sweet mango habanero sauce and topped with diced jalapenos and pineapple chunks. Plus, did we tell you all Domino’s specialty chicken bites are blanketed in a melted mix of cheddar and real mozzarella? For another sort of spice, get some Buffalo Chicken Bites delivered to your door. They are tender, hot, and tucked under a blanket of melted cheese and cool ranch!

For something lower on the heat scale, order the crisp and creamy Bacon & Tomato Bites. They’re breaded to crunchy perfection, topped with a garlic parmesan sauce, and then crowned with a mix of bacon and diced tomato. Want chicken that's both sweet and satisfying? Delight your taste buds with lightly fried chicken breast bites, dipped in smoky barbecue sauce under a blanket of cheese and bacon. YUM!

If you’re more of a classic wing type, then you’ve found a new top wing restaurant in Martinsville. We have plenty of crispy oven-baked wings for you to pick from. Each chicken wing is marinated and oven-baked to tender perfection. Next, we dress them in the tasty sauce of your choice or leave them plain for you to customize at home.

Want a clean “plate” to make your own crazy creations? Quiet the hunger grumbles with plain boneless bites or plain chicken wings delivered to you in Martinsville, VA. Plain chicken wings are great by themselves Make it a meal to remember with sweet mango habanero sauce, spicy buffalo sauce, or both! We won’t judge you for double-dipping.

Not into the plain wing game? Dress up your dish by ordering your wings smothered with flavor — we’ll marinate your chicken wings before cooking them and sauce them after, too! Simply choose how you want to get saucy. For something on the sweeter side, get BBQ Wings. For a bit of both flavors, order Sweet Mango Habanero Wings. And for an all-you-can-eat party, get a bit of every-wing to treat your senses.

A bird in the hand is worth two in the bush. But, how much do Domino's Chicken Wings cost in Martinsville? Check out our affordable prices on wings in Martinsville and use Domino’s coupons to boost your savings. In the meantime, choose if you prefer your oven-baked hot wings to-go or if you prefer to get your boneless wings delivered. Then choose whether you want Spicy Jalapeno Pineapple Boneless Wings, Plain Boneless Wings, classic BBQ Wings, or a little bite of everything on Martinsville's specialty chicken menu. Dip ‘em in your favorite sauces, and you’ll be licking your fingers sooner than you can scream, “Domino's is here!!”