SANDWICHES FROM DOMINO'S IN Goldsboro 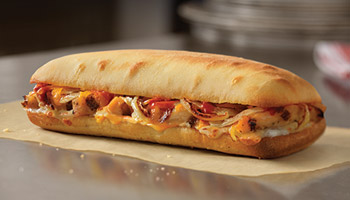 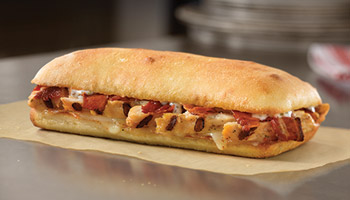 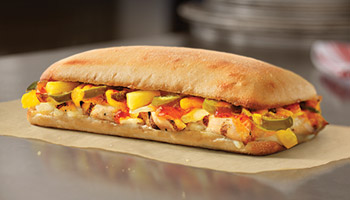 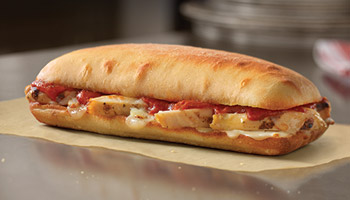 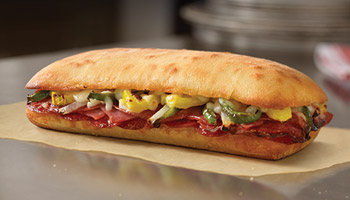 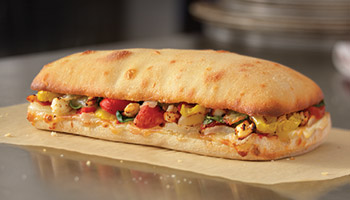 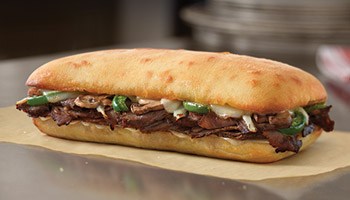 Everyone knows that Domino's delivers amazing pizzas. But only a few people know that we also make hot and toasty sandwiches in Goldsboro, for those days when a single pizza slice won't do. From savory veggie sandwiches to cheese steaks that would make any Philly's mouth water, Goldsboro Domino's has sandwiches to satisfy your cravings. Plus, like our pizzas, Domino's sandwiches are made with love and the best ingredients like shredded provolone, fresh peppers, feisty Italian sausage, and zesty buffalo sauce. And you don't have to go halfway across Goldsboro (or even leave the house) to eat a delicious, hot sandwich. Order sandwich delivery or carryout from Domino’s — your new favorite sandwich shop in Goldsboro, NC.

What Type of Sandwiches Does Domino’s Deliver in Goldsboro, NC?

Domino's sandwich menu gives top Goldsboro sandwich shops a run for their money — at a fraction of the price. If you want comfort food, order a Chicken Parmesan sandwich. It’s made with tender grilled chicken breast, tasty marinara, and a mouthwatering blend of provolone, asiago, and mozzarella cheese — nestled between two slices of artisan bread.

Is Chicken Parm not your slice of heaven? Surprise your taste buds with the Italian Sandwich. It's a flavorful combination of your favorite ingredients like pepperoni, salami, banana peppers, and melted provolone on oven-toasted bread. It’s full of flavor, cheesy, and just-the-right-amount of spicy!

Going meatless? You won't be hungry for long with the Mediterranean Sandwich — it has roasted red peppers, crisp banana peppers, diced tomatoes, fresh onions, and baby spinach on a layer of feta, provolone, and American cheese. It's a vegetarian sandwich that everyone enjoys.

In the mood for a Philly Cheese Steak, but not in the mood to leave the house? Get a melty cheese steak delivered in Goldsboro! Like the Philadelphia original, our sandwich features tender sliced steak, a melty mix of provolone and American cheese, and fresh onions, peppers, and mushrooms on oven-baked bread.

But the sandwich menu doesn't stop there. The Buffalo Chicken and Chicken Habanero Sandwiches have the right ratio of spicy kick to mouthwatering flavor. Order the Buffalo Chicken Sandwich if you're in the mood for that creamy but spicy mix of blue cheese and hot sauce on grilled chicken breast, crowned with onions, provolone, and cheddar. For a little extra twist, go for the Chicken Habanero Sandwich's sweet and spicy blend of jalapenos, pineapple chunks, mango habanero sauce, and melted provolone and cheddar atop tender-grilled chicken sandwiched between two slices of baked artisan bread.

Last, but far from least, is another beloved flavor combo — the Chicken Bacon Ranch Sandwich. It fuses the creaminess of ranch and smokiness of bacon. It’s a treat for your taste buds with grilled chicken, melted provolone, and perfectly-baked bread. With so many great subs, picking one isn't easy, but ordering sandwich delivery in Goldsboro is! Place your order online now.

Get Goldsboro, NC Sandwich Delivery for Any Occasion

Left your lunch at home? Worry not. Beat the mid-morning slump with hot sandwich delivery in Goldsboro, NC. We'll come to your office! If you're placing an order for the whole office, make sure there's something for everyone to eat including pizza groupies, sandwich savants, and veggie-buffs, placing a well-rounded order of pasta, pizza, and sandwiches might turn you into the boss's favorite.

Whether you're having friends over or just trying to get a convenient dinner without leaving the house — your nearest Domino’s has your back with sandwich delivery in Goldsboro, NC And if you’re out on the town, place a to-go order or get your Buffalo Chicken Sandwich or vegetarian melt delivered to a local Domino’s Hotspot® near you.

Make Domino's your go-to sandwich shop in Goldsboro for delicious, hot sandwiches delivered or to-go. So, go ahead — say goodbye to the deli counter and embrace all the goodness our hot sub menu has to offer. Don’t believe us? Give Domino's sandwiches a taste test yourself. Order Goldsboro sandwich delivery or carryout today.