PASTA FROM DOMINO'S IN Angola 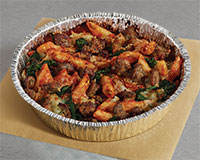 ORDER Build Your Own Pasta 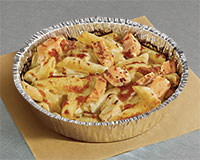 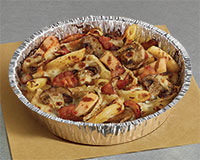 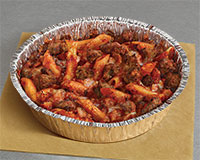 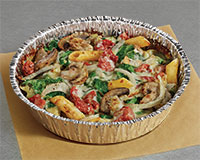 Find Pasta Delivery Near You in Angola, IN

Got an appetite for comfort food in Angola, IN? Relish in oven-baked pasta delivered to your apartment, office, or even a Angola Domino’s Hotspot®. Would you rather pick up your pasta on the way home? Order your pasta to-go and pick it up at your nearest Domino’s — it’ll be waiting for you when you get here. Whether you want vegetarian pasta as a side dish, or you’re craving Chicken Carbonara as your entree, Domino’s is your go-to restaurant for delicious pasta delivery in Angola, Indiana.

Al Dente at Your Door: Pick Your Pasta in Angola, IN

Hungry for traditional flavors? Satisfy your craving with tender pasta tossed in creamy Alfredo sauce and topped with grilled chicken. Or, order the Chicken Carbonara for an extra savory twist. It has the same basic ingredients as the classic Alfredo, but it’s crowned with crisp onions, browned mushrooms, and crunchy bacon that’s a toast to your taste buds.

Want all the Alfredo and none of the meat? Order Pasta Primavera that’ll make your vegetarian dreams come true. It contains a medley of sauteed mushrooms, sliced tomatoes, , and fresh spinach, and tender pasta in a rich Alfredo sauce. Leaning more towards red sauce? Turn things up a notch with Italian Sausage Marinara pasta. It’s got flavorful sausage, chunky marinara, and tender noodles tucked under a bed of oven-melted provolone.

If none of the menu options awaken your appetite, create your own pasta to calm your appetite and your artistic side. You’d be hard-pressed to find another Angola pasta delivery restaurant that lets you customize your own pasta dish. Start out by picking your favorite sauce — creamy Alfredo or hearty marinara. Then, choose a combination of three toppings to season your pasta dinner just the way you like it!

Need some yummy ideas to help you build your own pasta? Order a Mediterranean-inspired creation with feta, fresh peppers, and savory olives, or take a bite on the wild side with Philly Steak, Alfredo sauce, mushrooms, and bacon. Keep it classy or get crazy with Domino’s Angola, IN pasta delivery near you.

Customize your pasta with a range of more than 20 toppings, including grilled chicken, Philly steak, and crispy bacon to green peppers, banana peppers, and different types of cheese like crumbly feta and shredded provolone. Choose how cheesy you want to get with Angola pasta delivery and takeout from Domino's.

How easy is ordering custom-made pasta in Angola, IN? Much easier than shopping for pasta ingredients and prepping them at home. Save time and money by letting Domino’s do the cooking (and the cleaning) while you focus on treating yourself to the pasta you’ve been slurping in your dinner dreams.

Choose pasta carryout from a Angola Domino’s near you or get pasta delivery in Angola, IN — we’ll bring your comfort food to the comfort of your own home, office, or local hotspot! Order pasta online in Angola, IN for a hassle-free dinner that’s cooked to please!